I am increasingly concerned by the political discourse that has descended on our great nation. A ideological divide has taken hold that pits a highly controversial Republican against a Democratic Party that seems fragmented and almost rudderless in selecting a candidate to oppose him.

It is obvious that voters in vast reaches of the United States have their minds made up and nothing will change their ballots in the upcoming election. It is equally obvious that a majority of voters in other States in our Union will vote for “anyone but” a man they consider totally unfit to occupy the White House. The problem isn’t only evident in the news media and the halls of Government … even innocent political discussions at the family dinner table risk turning toxic.

How this whole scenario plays out poses a challenging question. Over the next few months, will the Democrats nominate a candidate that proposes great societal changes but could alienate large segments of the electorate by being perceived as too progressive? Could the party of Andrew Jackson reach back to its roots and nominate  the Vice President … “old JB”? He is promising a return to the status quo. With all the uncertainty, a third party candidate may even emerge from the field of Democrats promising a new approach that will, supposedly, bring the people “back together again”.

Who becomes the Democratic standard bearer will probably determine whether or not the Republican can be defeated. If there is any significant drop off in voter participation or, God forbid, fragmentation of the Democratic Party itself–even a man that openly advocates taking away rights guaranteed in our Constitution could be elected. If this should happen, none of the dire predictions I read in the Atlanta or Richmond newspaper editorials or hear in the barber shop will be out of the realm of possibility.

… this letter would have been dated in May of 1860 and may, or may not, have ever been written. If so, it could have been authored by my great, great, great grandfather, the owner of nine slaves and a dyed-in-the-wool southern Democrat. This would have been shortly after the Republican Party, in convention, had already selected their nominee for President of the United States.

1)         the highly controversial Republican that George Powell, my ancestor, was referring to was, obviously, not Donald Trump. His name was Abraham Lincoln.

2)         the vast reaches of the United States that, in 1860, had their minds made up were not the future “Make America Great Again” red states of the deep South but those of the 19th century Northeast, Mid-West, and Pacific Coast where abolitionist sentiments ran high.

3)         the majority of voters in most of the fifteen Southern slave states would, assuredly, vote for anybody except Abraham Lincoln.

4)         over the years and prior to his Presidential campaign, Abraham Lincoln openly advocated freeing the slaves–an institution, arguably, enshrined in the 1787 US Constitution.

5)         the candidate that proposed great societal changes but could alienate large segments of the electorate was Stephen A. Douglas … not Bernie Sanders.

7)         it was a Democrat named John Bell, not Mike Bloomberg, who largely financed his own campaign and entered the race as a third party candidate. He condemned the policies of both major parties and ran on the promise to unify a badly shattered Nation.

The Democrats met in Charleston, SC for their convention. Charleston was one of the most proslavery city in the south which would make it more difficult for Stephen Douglas, who was the frontrunner, to receive the nomination. The Charleston Mercury stated on May 20, 1859: “If Douglas is nominated the Democratic Party is forever gone.”

Most Southern Democrats went to Charleston with one overriding goal; to destroy Douglas. What was it about Douglas that irritated them so much? Stephen Douglas was a big supporter of popular sovereignty, which was the idea that the settlers of a territory would vote on whether it would come into the Union as a slave or free state. Douglas had a moderate stance when it came to slavery and a slave code, which was obviously the main focus during this time. He was the one that proposed that settlers in Kansas and Nebraska should decide if they would become a free state or slave state. Southerners feared that with the North having a greater population than them and many more railroads, they would be able to flood the territories and have them all come into the Union as free states. The South would then lose power in congress and the North would be able to impose on the southern institution of slavery.

Douglas was unable to get the amount of votes needed in Charleston to receive the nomination. Slave state delegates voted 108 to 11 against Douglas but there were enough votes from northern Democrats for Douglas to prevent anyone else from receiving the nomination. The convention ended without a candidate being selected.

The party would reconvene later in Baltimore in June of 1860. In this second Democratic convention Douglas almost received enough votes for him to get the party’s nomination on the first ballot. Before that had a chance to happen the lower south states left the convention and nominated their own candidate, John C. Breckinridge of Kentucky–the sitting Vice President. The Democratic Party had split and, to complicate things even more, a third party candidate would soon emerge.

What came next was the darkest chapter in American history. 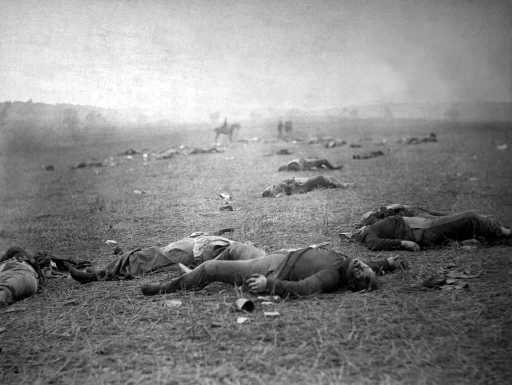 One thought on “Presidential Elections … what history has to tell us”