Note: This email was originally sent out in December of 2013. Since that time many of my generation have passed on but I need to include these lines on this site. I have built a very extensive Family Tree going back to 1747 and have accumulated a large data base of individual family member responses. For obvious reasons these will not be included but can be shared with anyone who might be interested. All this being said; if you’re not one of us “just scroll on down the page”.

In the summer of 1988 I visited the basement of the Public Library in North Wilkesboro, NC and began a journey of genealogy. I won’t bore you with details but we have a very interesting past and it’s a shame that the memories die out with each generation. Years ago, one of our distant cousins came up with the idea of putting together a book entitled All of us by George. George Powell built the first brick house in Lenoir, NC and is buried with his father (Elias) and one of his sons (Elias R.) in the cemetery at the Lower Creek Baptist Church. Before he died in 1875, George had many children by two wives and the valiant attempt to trace the Powell family from that point on proved a daunting task and, to my knowledge, was never achieved.

Now we, as a legacy for future generations, have a chance to put together a book of our own. We might call it Pitching Horseshoes! We can all write our part of the book by just picking up where Mama and Papa Powell got us started with a 1925 photo of the whole family. We have this photo courtesy of George and Lee and it’s too precious not to share and follow up on!

I am attaching the photograph, and another of just the brothers and Papa Powell, to this email. I want you to pass them on to your children and grandchildren. Our time is running out and if we don’t tell them about the old home place in Horse Shoe and the family that lived there – these pictures will, like so many others, just be added to the trash heap of time.

Get back to me with a list of all the of the descendants and spouses in your branch of the Family (example: all of the people descended from Eugene and all of their spouses). If possible, be very specific! Date and location of birth, date of death, and Full name are a must. Marriage date, occupation, education, military service, addresses, phone number, email, and any other items of interest can be added. We can do it, but we better hurry! 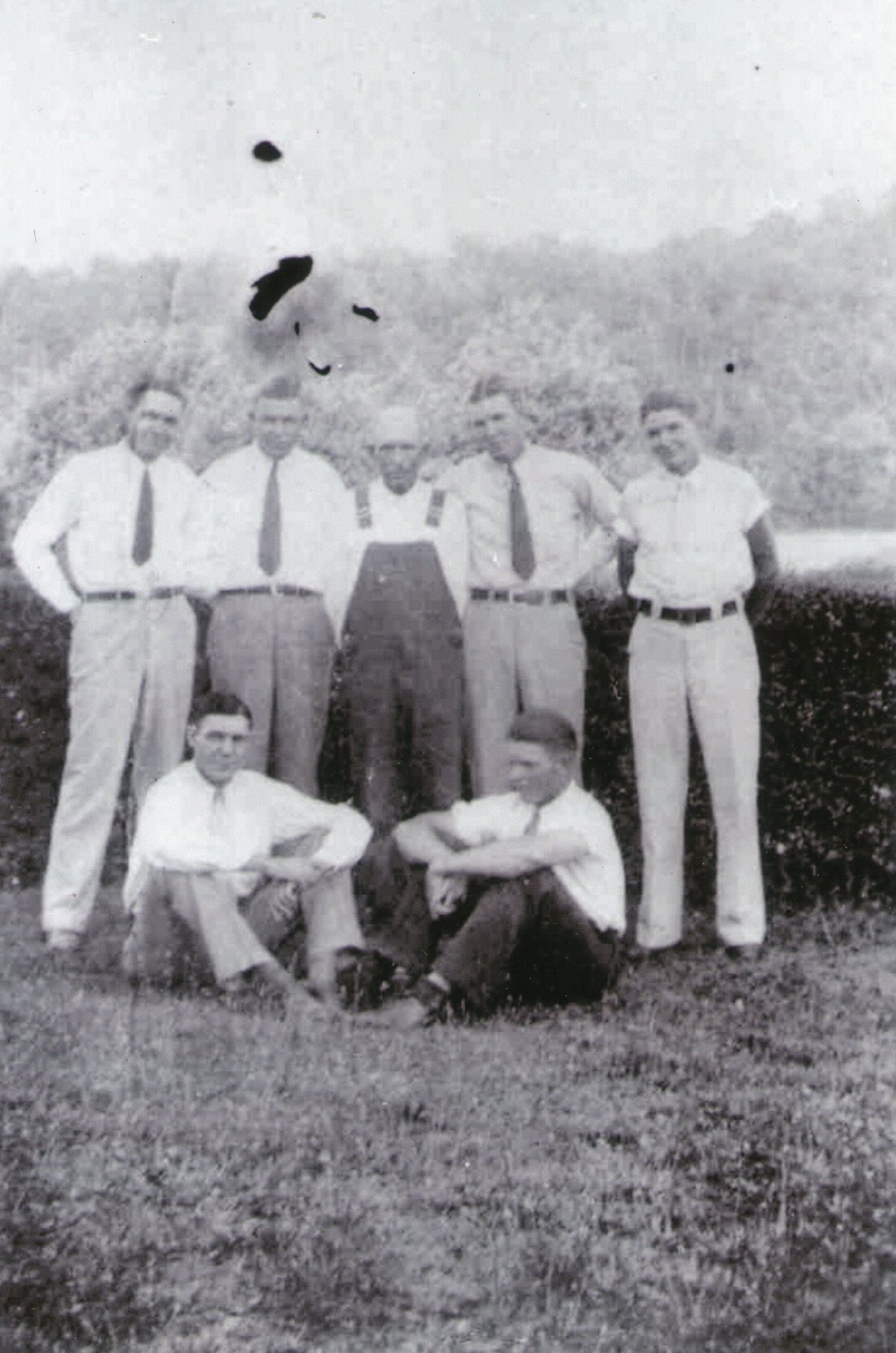 on the ground: Dewey, Jim Reid 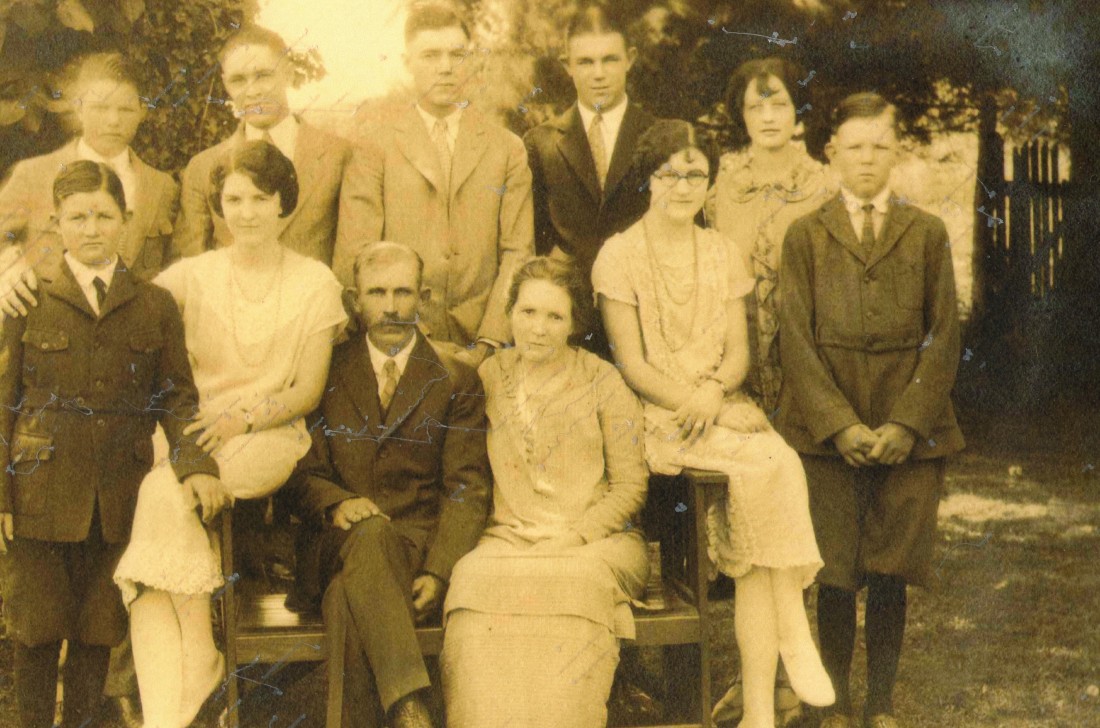